Can live with other dogs 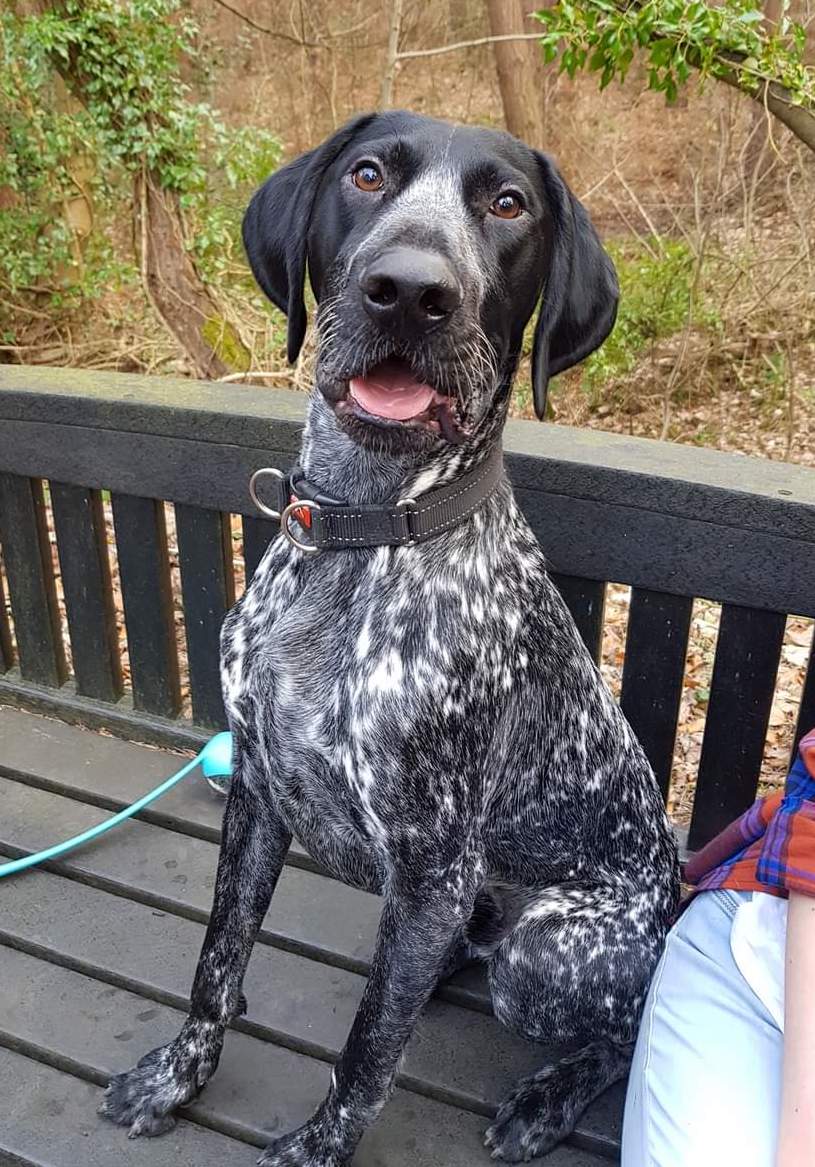 Beautiful Black and White, Entire 4 yr old male who will need to be castrated once settled He is vaccinated, microchipped and docked, house trained and can live with children 8years + he can be bouncy and will bang into them if excited.

Dobbie gets on well with other dogs and could live with another for company and has lived with a bitch in the past, but would not tolerate cats. He has not been live stock tested but will chase birds and furry if they run.

He can be strong on the lead however with a figure of 8 head collar and treats he responds well. It wouldn’t take much time to get him walking nicely, unfortunately his owners haven’t had the time. He can become a little defensive around other dogs when on the lead but has ignored them when treats have been offered to him. Dobbie has good recall however has been known to chase a swan. He loves balls will practically walk on your toes if you have one, so a new owner would be best walking him with a ball initially as it definitely helps keep his focus and would definitely help him to bondHe hates swans specifically and will try to chase them if given the chance and also dislikes water and would rather avoid swimming at any time.

Dobbie doesn’t currently like to be left previously he could be left alone in the living room for a good hour or so whilst his owners tidied up and he would just lie down, but since moving house he won’t be in another room from his owners. This may settle with time, patience and training, he also lived with another dog in his previous house which may have kept him calmer whilst being left briefly. He is currently left in the kitchen when he has to be left with a bone or some sort of chew which does stop him panicking when initially left, but once the treat is gone he instantly starts to stress. He has not shown any destructive or soiling behaviour when left as of yet but howls and barks until you come back.

He loves to travel in the car but does get overly excited which turns into whining, usually when the car comes to a stop but eventually he does calm down. This again may improve if he was taken out in the car more often.

Dobbie is very food and toy orientated, his favourite treats are beef marrowbones and pigs trotters. He loves to play tug of war and on walks he loves nothing more than to be off lead chasing a ball, he does get tired eventually and will give up but will happily walk alongside you for hours after that. If given half the chance he would be up lying next to you on the sofa. His absolute favourite thing to do is just be with you all the time and if you are calm around him he will come and rest his head on your lap.

Dobbie will sit, paw, liedown. He will sit and wait for food if you ask him to “leave it” however you must make sure you tell him he can have it or he will just stare at it drooling for ages. He does pick new things up very very quickly so it wouldn’t take much to train him further. When he was a puppy had a little whistle training with done with him and he responded very well to it however this isn’t something that has been kept up. He has recently learned he can reach the kitchen bench and recently helped himself to some lasagne. So if food is in reach he will try and eat it. Dobbie can get very excited so a calm environment would be beneficial for him.

If you would like be considered for Dobbie, please fill out and expression of interest form